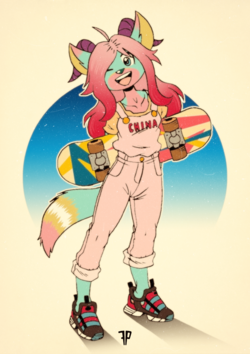 His fursona is a female fox named Fiji. She has a turquoise and pink color scheme, with pink hair, purple horns, and two gold and one white stripe in her tail.

His fursuit was made by Lemonbrat in October of 2019.