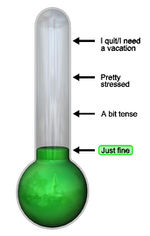 This is my current stress level.

Avoid if the stress meter is at 5 (aka "Run for cover")!!! Please wait until the meter is at 1 (aka "Just Fine"). If meter displays "Not wearing any pants", be very cautious. 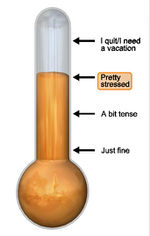 This stress meter is only referring to the above games, it doesn't change what my main stress level is (see Stress_Meter here).

This is the end of the page (for now).