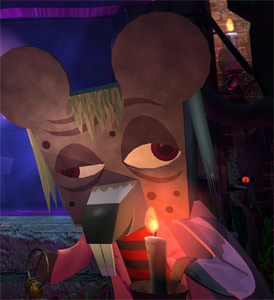 The Gregory Horror Show is a 3D animated series about a morbid and surreal hotel run by a sinsister anthropomorphic mouse with a cube shaped head. The story is almost always told from a first person perspective of a guest at the hotel who has no idea about how he arrived at the hotel.