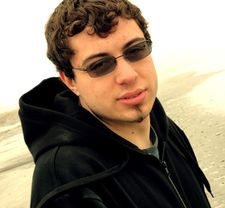 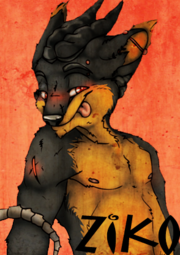 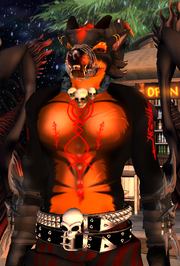 Ziko (born August 10, 1990), is a therian furry writer who lives in King of Prussia, Pennsylvania, USA. He has identified himself as a therian wolf his entire life. Ziko was an avid furry role-player in the Second Life community for a few years before he became more involved with the furry fandom.

Ziko's fursona is a straight male wolf-demon hybrid, and was originally based off his Second Life avatar. After becoming active in the fandom, his fursona changed slightly to simplify it from the commonly overdone Second Life avatar to a more functional work of art. The wings and extra chains, horns, and other tattoos were removed for artistic simplicity sake.

Ornaments consists of all red piercings (one industrial Bar, two hoops), worn in both ears same, plus one eyebrow ring