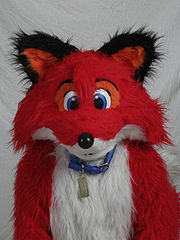 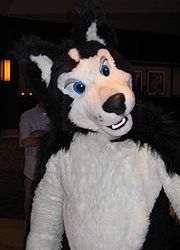 Yappy Slyfox was one of the creators and current hosts of the Funday PawPet Show, which originates from what would be Yappy's dining room if the stage and equipment weren't taking up all of the space. He is also the webmaster of several sites, including the Funday PawPet Show site, the Florida Furs web site, and Fursuit.org.

Yappy has been a staffer for Furry Weekend Atlanta and Furloween, and a member of the Board of Directors and President for Megaplex, also handling hotel issues, audio/video setup and registration for the convention.

Yappy was a guest of honor at Furlaxation 2012.

He suits up and performs puppets as part of charity work at Give Kids The World, a non-profit organization that "creates magical memories for children with life-threatening illnesses and their families."