The game, while focused on a few main main plots, such as the conflict between the Horde and the Alliance and the demonic Burning Legion that wishes to eradicate all life or the Old Gods legions, features several races and characters of furry interest.

Faction leaders of both side maintain a relatively moderate attitude to the faction conflicts.

Additionally two new anthropomorphic races are introduced after Legion expansion as "Allied races": they can be unlocked after completing quests with an existing character:

Players of different factions cannot directly communicate with the rival races. All races come with both male and female designs (no gender has benefits or disadvantages over the other), themed voice taunts and emotes, for example /silly will make the character say a randomly selected joke. As a worgen player you have the chance to say "Are you into...furries?".

The new Allied Race introduced in Battle for Azeroth, the Zandalari Trolls, use unique Druid trolls akin to dinosaurs. 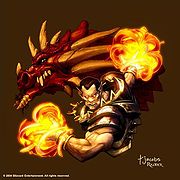 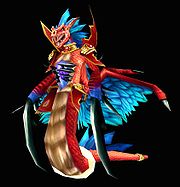