If you believe an image should be featured, please add it below to the current nominations section. Conversely, if you believe that an image should be unfeatured, add it to the nomination for delisting section. For listing, if an image is listed here for seven days with four or more supporting votes (including the nominator if it was not a self-nomination), and the consensus is in its favor, it can be added to the WikiFur:Featured pictures list for rotation. If necessary, decisions about close votes will be made on a case-by-case basis.

The nomination procedure on WikiFur:Featured picture candidates/Nomination Procedure will not be used until WikiFur requires it. Instead, images will be listed below. If a general consensus is met that the image is good enough, the image will be featured. If no consensus is met, the candidate will be removed from the list.

Votes added early in the process may be disregarded if they do not give any reasons for the opposition. This is especially true if the image is altered during the process. Editors are advised to monitor the progress of a nomination and update their votes accordingly.

Please remember to be civil, not to bite the newbies and to comment on the image, not the person.

If you feel you could improve a candidate by image editing, please feel free to do so, but do not overwrite or remove the original. Instead, upload your edit with a different file name (e.g. add "edit" to the file name), and display it below the original nomination. Edits should be appropriately captioned in sequential order (eg, Edit 1, Edit 2, etc) and describe the modifications that have been applied. 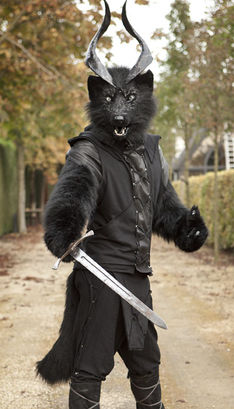 List candidates below by image link in this format: