Who Are You People?

From WikiFur, the furry encyclopedia.
(Redirected from Who are you people)
Jump to: navigation, search
Culture > Publications > Non-fiction > Who Are You People? 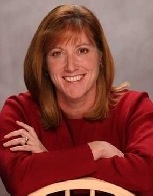 Who Are You People? ("A Personal Journey Into the Heart of Fanatical Passion in America") is the second book by the award-winning columnist and writer Shari Caudron.

Caudron's book is an often personal insight into the world of the fanatically (be it with the material or the intangible) obsessed. Shari Caudron set out to find out the reason why certain people were endowed with a seemingly never-ending amount of passion to fuel on that particular personal pursuit, belief or hobby. One of the many "subcultures" covered in this book is Furry fandom itself.

This book relates her long, cross-county quest to find what was the missing piece that Trekkies, doll collectors, Star Wars fans, and other fanatics had that kept their passion alive, in a way to discover why hers never stayed lit. It also sets the record straight on many of these American subcultures.

An excerpt from this book has received the Christine White Creative Nonfiction Award for excellence in literary journalism from Goucher College, home of the country's premiere creative nonfiction MFA program. Additionally, a chapter from the book has already been anthologized in "The Fourth Genre".

The author's interaction with the furry fandom occurs in Chapter 10, "Misfit Furries", in which she attends Califur 1 in Costa Mesa, California. The chapter functions as something of a catharsis for the author, as at the furry convention she finds herself able to finally feel close to a community. (The chapter is the last experiential one of the book's second section, which is titled "Immerse".) 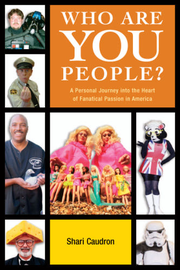 Cover to the book