The Western Pennsylvania Furry Weekend (WPAFW) is a furry gathering held in the Pittsburgh, Pennsylvania metropolitan area each year in early October. The event is chaired by Manick (formerly by Swift Fox until 2013[1] and Blithe until 2017), and is organized by a small staff made up of regional furs. 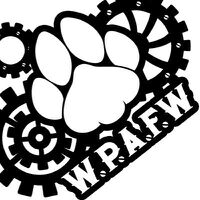 The Board of Directors of PAW as of August 2021 are: