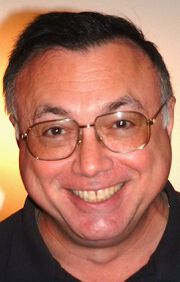 Washer was active during the early years of the furry fandom, being a member of Rowrbrazzle, doing two comics called Piffles the Barbarian and Zar, and sometimes illustrating stories for (the now deceased) furry artist and fursuiter Bob Hill.

He eventually quit his overall fannish activities (mainstream and furry) due to religious reasons. His last project was scheduled to be a Children's Book with furry artist Steve C. Martin in early 2022.

Washer was an accomplished professional in the entertainment industry, ready to utilize his supervising, writing, computer, film-making, storyboarding, artistic and cartooning skills.

He was a storyboard director in the production of the Emmy-Award-Winning show The Muppet Babies, and was nominated for the 2010s Annie Award for Storyboarding in an Animated Feature Production for his work on Warner Bros.' direct-to-video Tweety's High-Flying Adventure.

Wendell died at 12:45 a.m on July 8, 2022, while a patient at the Kaiser Permanente in Panorama City, California, for kidney dialysis. The coroner determined the death was due to exsanguination from an accidentally cut catheter.

He was buried at Forest Lawn Memorial Park in Glendale, California on September 29, 2022, surrounded by family and friends.