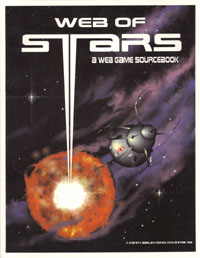 Of particular interest to furs is its expansive list of races. As well as at least one representative of each sci-fi stereotype (grey, insect, robot, transhuman, etc.), there was a large number of races based on animals, including multiple feline and canine races, an otter race, a dolphin race. In all, there were approximately 50 races, about 20 of which were, either discretely or directly, descended from Earth animals.

Additionally, the magic system includes references to animal spirits and totems, although the list is extremely limited.