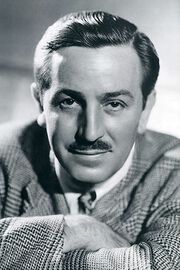 The company established itself as a leader in the American animation industry before diversifying into live-action film production, television, broadcasting, streaming media, theme park resorts, consumer products, publishing, and international operations, and since the 1980s, Disney has created and acquired corporate divisions and Intellectual properties in order to market more mature content than is typically associated with its flagship family-oriented brands. 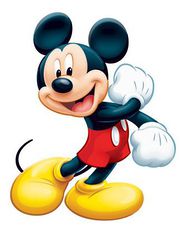 The cartoon character Mickey Mouse, created in 1928 by Walt Disney and Ub Iwerks, serves as the company's mascot. 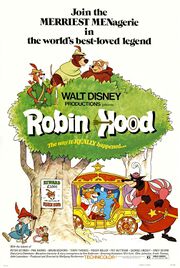 From the Alice Comedies, going through the creations of Oswald the Lucky Rabbit and Mickey, the making of the classic Steamboat Willie (the first post-produced sound cartoon), its Silly Symphonies, Donald Duck and Goofy, the marriage of advanced technologies of the time and its films like Technicolor (which lead to the first feature-length film in Technicolor, 1937's Snow White and the Seven Dwarfs) or its own, like the multiplane camera, its artistic contribution during the war, or the World populace at the time (Saludos Amigos, The Three Caballeros, Bambi, Song of the South), which, with the creation of its own distribution company, Buena Vista Distribution, let them control the future releases of their almost(*) continuous wins with both animated feature films (Lady and the Tramp, Sleeping Beauty, One Hundred and One Dalmatians, The Aristocats, Robin Hood, The Rescuers, and The Fox and the Hound, Who Framed Roger Rabbit, The Little Mermaid, Beauty and the Beast, Aladdin, and The Lion King, Brother Bear, Zootopia, etc), and TV animation series (Adventures of the Gummi Bears, DuckTales, Chip 'n Dale: Rescue Rangers, Darkwing Duck, TaleSpin, Bonkers and Gargoyles, Mighty Ducks of Anaheim, et al).

Not even the deaths of both Walt and Roy Disney stopped the Walt Disney Company from spreading out to news/sports media (NBC, American Broadcasting Company, ESPN), on to their own theme parks, cruise liners, the search of new technologies (resulting on Disney's first 3D animated feature film, Chicken Little), and so on, all with the goal of spreading their intellectual properties (including animation), worldwide, resulting in higher earning which made possible for Disney to acquire the third-party, high-profit companies and their own IPs (The Jim Henson Company, Pixar Animation Studios, Marvel Entertainment LLC, Lucasfilm ), or their now bulging film and animated portfolio.

This let Disney establish itself as a major animation presence within the whole world's culture.

The furry fandom has had a very long connection with Disney's movies and characters, starting mostly with the pivotal 1973 American animated adventure musical comedy film Robin Hood, based on the English folk tale of the same name with the characters reimagined as anthropomorphic animals, with many furries noting in BBSs, IRC, forums, social media, and scientific questionnaires over the long years that this Disney classic was the most influential showcase of anthropomorphic animals first presented to the fandom.[1][2][3]

Other Disney animated features of interest to the furry fandom include Saludos Amigos, The Three Caballeros, Bambi, Song of the South, Lady and the Tramp, One Hundred and One Dalmatians, The Aristocats, The Rescuers, The Fox and the Hound, Who Framed Roger Rabbit, The Lion King, Brother Bear, and Zootopia.