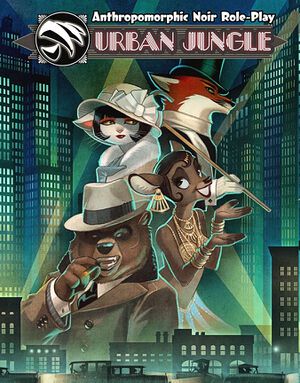 Urban Jungle, is a pen and paper roleplaying game developed by Sanguine in 2016. It was funded via Kickstarter[1] in 2016.

A supplement called Occult Horror was released where flying polyps, fungus from space, time-traveling shamblers, and sanity-draining spells are all options.