Shawn Keller (fursona: Cheshire Cat, previously Uncle Buck) is a freelance animator and illustrator from the USA. He was one of the first members of the fandom to build a cartoon-styled fursuit, being a contributor to the fursuit FAQ, and was a member of Rowrbrazzle.

Keller has made an appearance at Further Confusion on more than one occasion, and was even a Guest of Honor at it on 2000.

Keller is known for the creation of numerous Flash animations making light the furry fandom. These were showcased on his website, FurryFans.com (now offline). Several criticized aspects of the fandom were vorarephilia, babyfurs, and furry convention attendees in general. Keller claimed that his site was:

Horrifying Look at the Furries[edit]

He also produced the notorious comic book Horrifying Look at the Furries in 2001.

Keller was for a short time a member of the Crush Yiff Destroy forum, but reacted strongly to a review of Down Load, his latest animation short for "FurryFans", which he had recently plugged on the forum. Keller has stated that he would not be using CYD's forum to plug future additions to his site. Keller has included a jab at CYD in his site's new intro animation (a furry wearing a "CYD" t-shirt is introduced as "fat filthy fan pinching a loaf").

On September 2010, Shawn Keller held a showcase of his works at the Laguna College of Art + Design, entitled Moving violations: Subversive Animation art. 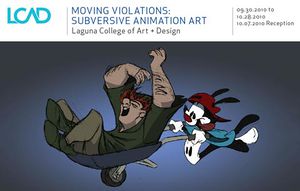