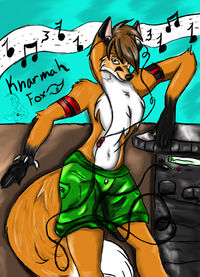 Ultra Kitsune, formerly known as Knarmah Fox, Kai, and Vyprosyn, is a furry musician and audio engineer from Chicago, Illinois, USA, whose fursona is a red fox.

As a producer of various kinds of electronic music, the styles produced include trance, melodic trance, dance, Dutch trance, EBM, and industrial. Beginning in 2003 at the age of 11, with over 9 years in music production, he has studied and experimented with different keyboards, synths and software programs; he programs many of his own preset synth sounds and field records sounds wherever he may be. Also remixes with other fandom members and musicians around the world.

Being an audio engineer and audiophile, different approaches are taken with his music. Innovative and unique over 13,000 people around the world have used his music and loops, from film studios, game studios/developers to independent productions and known for a track record of highly melodic sounds.

Ultra Kitsune also composes and writes scores that are used in the websites and games, such as Battle Jump, created by French game designer Jerome Badoux, and Circuit Breaker on IndieBird's Lair. All loops are found on the Freesound project where he uploads his own selected loops and sounds to be used legally in projects such as web design and game design. 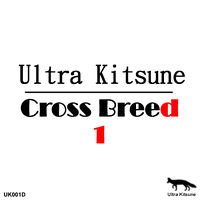 One of the first releases was an EP containing only those songs he thought were decent enough to share with listeners; however, it is now discontinued. But a new release titled "Six" is available for free that includes many old tracks that were produced at the beginning of his career.