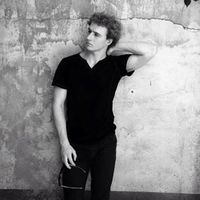 Tsukare Kitta (pronounced SOO-CAR-EE; born October 9),[1] known colloquially as Suka or Kitty, is a furry whose fursona is a cat.[2] The name "Tsukare" is a bastardisation of a Japanese word that roughly translates as "tired from hard work", a nickname that predated and transcended his involvement with the furry fandom. "Tsukare Kitta" is derived from the Japanese tsukarekitta, meaning "jaded".

Tsukare operated in the Brisbane furry community throughout 2015, and assisted in running the Central Brisbane Furmeet (CBFM), before founding the South Bank Fur Meet (SBFM) when CBFM became inactive. Tsukare eventually stepped down from his role as the sole group leader of SBFM, passing the torch to a larger management team with more specialised roles.

Despite his interaction with the Brisbane furry community, he did not identify himself as a furry, always maintaining that he was simply "passing through". True to his word, these days[when?] Tsukare is only rarely encountered at furry events.