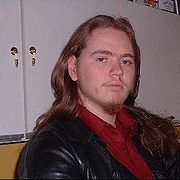 TornadoCreator (also known as Billy McKenna) is a broadcaster and web designer born in Birkenhead, England on April 8th, 1986.

TornadoCreator is the creator of the website Angry Bastards - originally a rant-orientated website which had been running since June 2004 which was abandoned in May 2006 due to lack of funding. At the end of October, TC started the furry radio show Bunny Suicide with Fatmandell to emulate 2 Sense after it ended. After only 3 months the show was added to the FBC and later to Storm FM in January 2006 although it was later removed from Storm FM on TC's request due to the station rarely playing any shows, music or broadcasting anything at all in what TC described as "an example of extremely bad organisation when one guy and a laptop can more effectively produce a radio station than an entire syndicated corporate station".

TornadoCreator considers himself a creative person, he is a manga artist as well as a furry artist although has said on many occasions that he finds it hard to create original pieces, considering himself amateur at best. He plays both clarinet and piano and has written many poems and short stories one of which was published in 1995 called 'I like the sound of...'. He has since wrote two short novels 'The Spire' and 'A Broken World', and is looking for publishers.

In 2004 TornadoCreator became a student at the University of Wales, Bangor (renamed Bangor University in 2007) where he studied a Chemistry BSc, unfortunately having to leave due to medical reasons for an operation to remove a growth from his chest in the beginning of 2005. He has since had multiple jobs including working in gardening, retail, website development and in an abattoir. In early 2008 applied to join the British Territorial Army. In September 2009 TornadoCreator became a part time student at the University of Central Lancashire studying Forensic Science BSc.

During his time in Bangor he has become part of many societies including the JCR, Anime Society and Viking Re-enacting Society. His first and most active society however is BWRPS which he has been a member of since 2004.

His avatar within the fandom is a phoenix, chosen for poetic reasons regarding the nature of the life of a phoenix in comparison to his own, particularly his health. TornadoCreator spend a good deal of time never actually revealing if he followed a religion online in an attempt to remain fair and balanced during debates. In 2006 TC actively denounced the existence of the Holy Ghost as part of the Blasphemy Challenge. TornadoCreator has since professed to being a strong atheist and has openly said on many occasions that he considers religion to be a delusion that is damaging the world. He has also stated a great dislike towards 'agnostics' calling them "atheists, that are too stupid to realise that the groupings of 'theist' and 'atheist' are mutually exclusive all encompassing categorisations that they do belong to whether they like it or not. Trying to find a middle ground to stand on just shows their cowardice, at least theists are honest although delusional".

During his free time TornadoCreator has been know to enjoy Role-playing, War-gaming, Drawing and Computer Games as well as being an avid listener of the FBC. He has spent a lot of time recently looking for work and accommodation and was at one point homeless. He has openly mentioned that he has slept on the streets and gone days without food however says that "the experience was worth having as it has put a lot of things into perspective and taught me a great deal so isn't something I would want to change".

TornadoCreator ran a website called Angry Bastards which used to contain rants in text form similar to that of Maddox (from The Best Page In The Universe), most of which written by TornadoCreator but others from people such as DrakeGTA and The Almighty Shoe. The website was restarted entirely as an information site for "The Angry Bastards Team" who are the ones who make Bunny Suicide (see Online Radio) when the writers for the site parted ways to do their own thing, with the old text rants being archived.

DrakeGTA who originally wrote a lot of the text-based rant content for the website has since taken down his website after becoming a Christian and deciding that the site promoted his feelings of hate, rather than carry this on he preferred to remove it and start anew without something like this in his past. Despite this TC and DrakeGTA still talk frequently, there is no animosity between them at all and TC removed Drakes rants from Angry Bastards out of respect for Drakes wishes. It has since been taken down due to finances.

A new site has been proposed and is currently under construction by TornadoCreator. The new site Mars Horizon, will feature the new version of Bunny Suicide (see Online Radio), rumours are the show is to be renamed "Yet More BS", but will keep the same intro. Current plans for the show are as a fortnightly radio show and podcast for the FBC, however plans are moving slowly. It is intended to be opened in 2010. 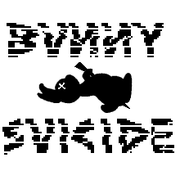 Bunny Suicide is a radio show fashioned after the late 2 Sense and hosted by UK furs. The show is based around letters answered by TornadoCreator and his co-hosts in an agony aunt style although some answers are humorous and/or extremely opinionated. As well as the letters Bunny Suicide contains a segment called the American Dumb Laws and general conversation on the current affairs.

The show ran from October 2005 until May 2006. It was originally part of a website called Angry Bastards. It was then later distributed at DrakeGTA and finally added to the shows list at FBC. It is intended for mature audiences, as the show contains comments which some viewers may consider offensive.

The Helix is a failed show started by TornadoCreator for the FBC. The idea behind it was a show based around DVD commentary however the show was too long and too specialized so the show was taken of the air after only one show. TornadoCreator has said he does not plan to ever bring this show back believing it to be too difficult to manage. The co-host for this show was Fatmandell.

TornadoCreator has been roleplaying for almost 10 years now and during this time has had many different characters although no long term characters stood out until he was roleplaying frequently with other experienced roleplayers when he joined BWRPS. During his time roleplaying he has explored all aspects of the hobby including Computer Based RPGs and Video Games, Table Top Wargaming, Internet Roleplay Via Skype, LARP and obviously Dice-Based and Diceless Roleplaying.

TornadoCreator has during his time at BWRPS also took the opportunity to become a GM in a lot of games. GMing games of Shadowrun 3rd Edition, Warhammer Fantasy Roleplay, Advanced Dungeons And Dragons (AD&D) and organising Warhammer Fantasy Battle and Mordhiem games.