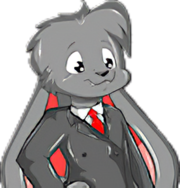 He published fewer works in 2008 than in previous years but had become active once more, starting in 2010. According to notes on his website and in his Yahoo! group, this was because he was looking for a way to get paid for his artwork, rather than simply giving it away to the furry fandom at large for free. As of 2018, he's set up two Patreons: Ultimate RoR, and Podophiliac Game Union for Run or Rape games and interactive furry foot fetish material respectively. Where Run or Rape games are concerned, with the death of Adobe Flash, Toon Pimp has moved onto mainly art, comics, Flash objects involving AS3 code (being exported as .exe), and MUGEN (Toon Pimp's Fight Palace).