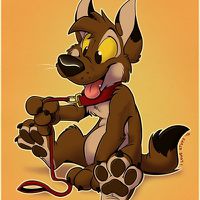 Tk Coyote, (aka Puppy Tk) previously TkWolf, is a fun-loving, cartoony coyote who is a California native.

Tk is a huge cartoon fan! His hobbies include traveling, gaming, surfing, art collecting, attending Furry Conventions, spending time with friends and meeting new ones.[1] Tk is also a Fursuiter who loves bouncing around as his playful Coyote self which was made by Waggery Costumes! He is generally known as "Puppy Tk" or just "Tk".

His name, "Tk" does not really stand for anything, though he enjoys hearing all the renditions of what friends and others think it may mean. 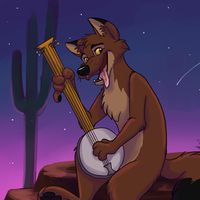