This Is Life with Lisa Ling

From WikiFur, the furry encyclopedia.
Jump to: navigation, search
Culture > Media coverage > This Is Life with Lisa Ling 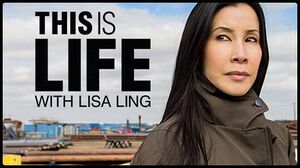 This Is Life with Lisa Ling is a documentary television series produced by Brooklyn-based production company Part2 Pictures and hosted by American journalist Lisa Ling for CNN.

The eighth episode of season five, "Furry Nation" (First aired November 18, 2018), covered the positive aspects of the Furry Fandom through the talks of several members of the fandom including Captain Boones, Leilia Spaniel and Ashaeda. It also brought up past arguments over how the fandom was nothing more than a community that was all about sex and focused on aspects of the community that wasn't all about sex. Part of the documentary was filmed at Anthro Northwest 2017.

Reaction to the episode was overall very positive. Many members of the fandom agree that the show portrayed furries in a more truthful manner while explaining that furries aren't all about sex. Many furries including those who attended Anthro Northwest in 2017 recalled seeing themselves in the documentary including Stormi Folf for example[1]. Author of Furry Nation, Joe Strike also reviewed the episode on Dogpatch Press explaining how the episode while one that was positive focused a lot on furs with crippling anxieties or physical challenges.[2]