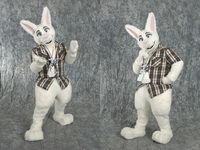 Zanni at the Furshoot at Anthrocon 2010 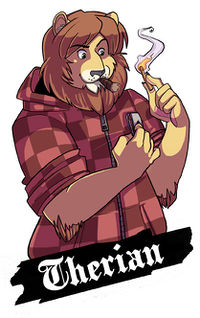 Therian's fursuit character is Zanni, a short and squat anthropomorphic rabbit. He has gray markings around his eyes and three gray dots on his rear, and he wears a pair of eyeglasses with round lenses. Zanni was built by B3 Mascots.