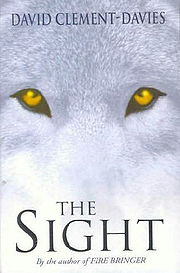 The story follows a pack of Vargs (wolves) trying to survive in Transylvania and raise a litter of pups. The pack, and specifically the pups Larka and Fell, become entangled in the plans of Morgra, a power-mad she-wolf bitter over a past betrayal. Morgra possesses the Sight, an unusual ability that allows her to see glimpses of the future, and to see through the eyes and minds of birds. She intends to use her power to fulfill the prophecy of the coming of the Man-Varg, which she believes will give her the power over all the Lera (animals). The only threat to her plans is a newly born she-wolf pup that also possesses the Sight: Larka.

Morgra curses the pack, and sends the Night Hunters, packs comprised entirely of warrior alphas, to destroy them. They are also hunted by a rebel pack lead by Slavka, who is forming a greater pack to fight against Morgra, and plans to destroy anything and anyone related to the Sight. And when a human ‘cub’ is stolen to further the prophecy, Man joins the hunt as well.

One by one, Larka’s family meets with tragedy as they are tested by the Makers of Life (the four elements: water, air, earth, and fire; as well as ice) until finally Larka is alone in her quest. On her own, she finds Tsarr, who along with the eagle Skart teaches her to use the Sight. It was Tsarr that stole the human cub, in order to keep it from Morgra; the child is marked, and only this child will enable Morgra to become the Man-Varg.

But simply hiding the child won’t stop Morgra's ambitions, because Morgra has summoned Wolfbane, and she has called the searchers from the dead. To stop her, Larka must travel to the land of the dead and back again, face down Wolfbane, and confront Morgra in the hidden citadel. Death will surround her as prophecy is fulfilled when “The blood of the Varg blends with Man’s in the dew,” yet she must press on with courage “as deep as despair,” for if she fails, “In the mind of the Man-Varg, then who shall be free.”

A sequel, entitled Fell, was released in September 2007, which focuses on Larka's brother Fell. The Sight includes one brief reference to Clement-Davies' earlier novel, Fire Bringer, but otherwise the two books are unrelated.