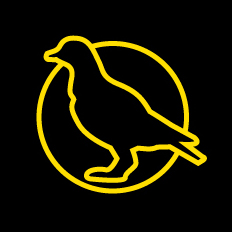 The Maltese Fur-Con was a furry convention that took place in Massachusetts, USA.

The Maltese Fur-Con is a Boston-area convention that celebrates anthropomorphic animals in a venue that is unlike any other furry convention. Our convention involved its attendees in a mystery full of unforgettable characters and unexpected surprises, allowing attendees to enjoy the story as it unfolds throughout the weekend.

The mystery is similar to the kinds of plots one might find at a Reniassance Fair - the plot will weave itself through convention areas, and attendees will have the chance to put the clues together to try and figure out who the suspects are, and what crimes they have committed. There may even be a reward for those who help solve the mystery!

The convention will also feature an Art Show, Vendors/Artists, panels, and other activities commonly found at any furry convention. We are excited to be running the event in Boston, MA - an area that has seen surprisingly little activity in the furry community until now. [2]

The second Maltese Fur-Con was announced for August 14-16, 2015,[5] and was be held in the Embassy Suites in Waltham, Massachusetts.[6]

The theme was to have been "The Weird West".[5]

On June 30, 2015, the convention made announcements on its website and Twitter account, stating that the convention for 2015 was cancelled due to financial difficulties and poor pre-registration figures.[7]