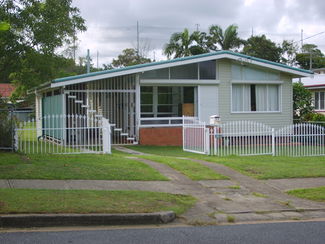 The Iceberg was a furry house in Brisbane, Queensland, Australia. It was located on the south side of the Brisbane river in Upper Mount Gravatt.

The Iceberg was founded by Iceleron however it was named by Koneko and was to be in theme with Iceleron's habitat. Other possible names were The Chilly Scratching-Post and Fish Pit.

In order of moving in, the Iceberg's furries were Koneko, Iceleron, Jagafeh and Blitz.

In October 2010 the Iceberg 'melted' due to its inhabitants requiring a larger house. That, and the crazy landlady had repeatedly threatened to evict the housemates over the matter of the lawns reaching over 8cm in height. The new sharehouse is yet to be named.