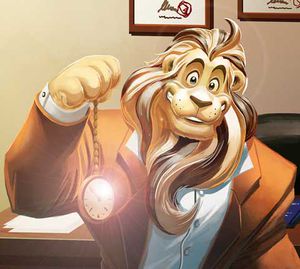 The Hypnotic Beast by NJay

The Hypnotic Beast (or Hypnobeast for short) is an online hypnotherapist based in in Los Angeles, California that enjoys working with his fellow furs. Hypnotherapy is the art of using trance and hypnosis for positive benefits. He enjoys using people's fursonas and characters in imagery and hypnosis to aid those people in achieving the self-improvement goals such as weight loss, becoming free from cigarettes or overcoming fears. As a hypnotherapist he is not a licensed healthcare professional and some problems require a doctor's referral.

Hypnobeast does a weekly podcast called "The Hypnotic Beast Podcast" featuring hypnosis for a different topic each week. Usually the topics are broad and use imagery for general self-improvement. He asks his twitter followers every Monday for ideas for his podcast which is usually out by Sunday.