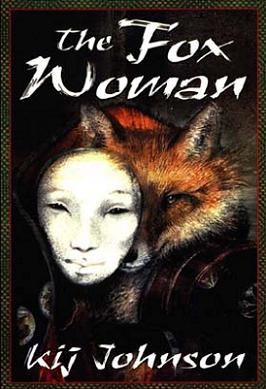 Kaya no Yoshifuji is an ambitious man living in the Imperial city of ninth century Japan, but when his political maneuverings in the emperor’s court suffer a setback, Yoshifuji decides to retreat with his family to his rural estate. Yoshifuji believes the estate uninhabited but upon arrival discovers a family of foxes has taken up residence in the human’s absence, constructing their den in the garden.

Yoshifuji’s sadness and shame at his political failings causes tension between him and his wife, and they grow more distant with each passing day. Isolated and depressed, Yoshifuji begins to develop an obsession with the foxes living in the garden. Shikujo, Yoshifuji’s wife, becomes alarmed of his growing obsession. Having her own fox related secrets, she recognizes the danger the foxes pose, and is determined to win him back.

The foxes are extremely interested in the newly arrived humans, especially Kitsune, who develops a love interest in Yoshifuji. When Yoshifuji’s wife and son travel without him to the Imperial City, the foxes use their Fox Magic to lure Yoshifuji into a make-believe world in which Kitsune appears human. Yoshifuji marries Kitsune and lives peacefully in a house that is really a hole in the ground, eating delicious delicacies that are really mice and bugs, with a wife that is really a fox. Kitsune worries the he may see through her magic, and when Shikujo returns to the estate, her illusion slowly begins to unravel.