The BamFox Lounge was the given name of a private residence in Temecula, California. Similar to The Prancing Skiltaire, it was also host to a group of furries that share their common interests in the furry fandom. The host was house resident Mr. Foxxer. A website for the house was created to give all attendants a place to register for event updates. 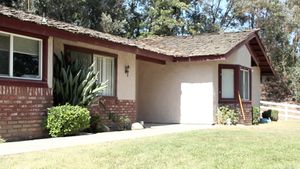 Guests of the house party were provided snacks, a drawing table, and video games. The host was also the DJ. Guests under the age of 18 were asked to leave after 8:00 PM, and the backyard was then reserved for guests over 21 due to the permission of alcohol consumption. The house party ran from 1:00 PM to 2:00 AM[1].

The house party was founded to give furries living within the Inland Empire a more conveniently located event. It was planned to take place on the fourth saturday of each month, with its initial run on July 27th in 2013.

Despite major positive feedback, the house residents cancelled future plans for the house party shortly after its first run due to lack of availability in their schedules. The website's closure followed the event cancellation[2].

The house party was featured in the short film "Another Goddamn Furry Movie" by The Raccoon's Den[3].