For the German furry artist, fursuiter, and videographer, see BigBlueFox. 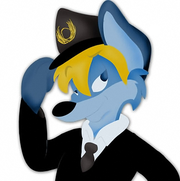 That Blue Fox, also known as B.F. or Blue, is a group leader, photographer, videographer, and discussion forum participant in the furry fandom. He is known for being the founder/admin of East Idaho Furries, a fur group with regional meets throughout Idaho. [1] 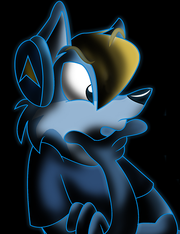 That Blue Fox maintained the Blue Fox Furs group on FurAffinity.[1] The group invited all FurAffinity members who were fans of blue foxes or had blue fox, kitsune, or hybrid fursonas to watch and join. As of March 2014, the group appeared to be inactive. [2]

On November 5, 2013, TBF (under the name "Brandon Fox") launched the East Idaho Furries Facebook group, with the stated goal of providing "a dedicated space for furries of Eastern Idaho to discuss and plan local meets, chat, and generally make friends!" The group has since grown to 64 members and has had four "Regional Fur Meets" as of March, 2014. [3] 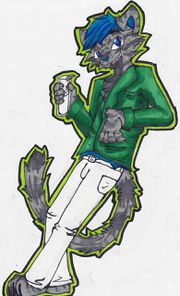 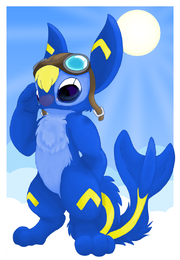 "Thank You For Flying With Us" - Experiment 720 drawn by Petrock. 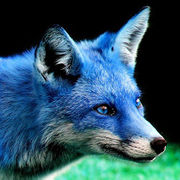