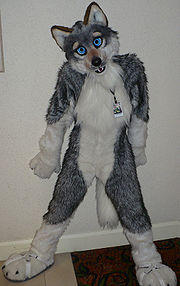 TerkWolf was a furry from childhood. At age twelve, TerkWolf decided on the fursona of a gray wolf, and since 2004 has been to several conventions.[1]