Ted Sheppard, or just Shep, also known as Nyanki, was a known greymuzzle artist and MILFur that had been active since the early days of the fandom, who lived in Tucson, Arizona, USA.

After finishing school, Sheppard joined the United States Marine Corps as an ammunition and ordnance technician, and was stationed in Okinawa, Japan (where he discovered anime). The base there didn't have much to offer, so some weekends he would go to the Base Exchange at the Kadena Air Force Base, which included a bookstore.

There, he found a copy of Critters, which inspired him to attempt drawing comics seriously. While stationed at Camp Pendelton in California he had access to real comic shops and started reading a lot of comics, both anthropomorphic and non.

Ted Sheppard was an avid weapons enthusiast and gun owner/collector, with a large cache of mostly historical (functional) firearms and uniforms.[2][3] He was a member of the Tucson Mob.

One day by chance Shep went to San Diego, California for the weekend, and came across the San Diego Comic Con which was still rather small at the time. The following year, he returned, this time taking notice of the furry fandom and visiting the Furry Party at a hotel after the con. Here he was introduced to fanzines, which he soon became active in. These eventually lead to drawing for Furrlough.

Known for both his military and historical comics, he also does cheesecake pin-ups and anime fan art. He has been a member of Rowrbrazzle and Huzzah, as well as doing the long-running story Stosstrupp in Furrlough, Rossweisse in Furversion (currently being continued on Fur Affinity) and has contributed art to many fanzines over the years. 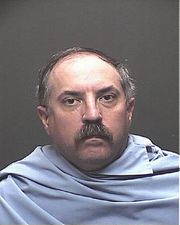 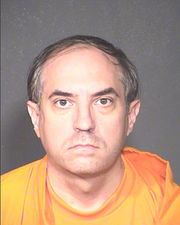 On December 11, 2013, Ted Sheppard was arrested on suspicion of uploading child pornography following an investigation that started back in November when the Tucson Police's Department's Internet Crimes Against Children Unit received a tip from the National Center for Missing and Exploited Children.[4]

The investigation led officers to a residence in the 1600 block of West Woodbridge Court, where, in December 11, 2013, a search warrant was served at the domicile with the assistance from the U.S. Marshals. During the service of the search warrant, detectives located Sheppard's large collection of weapons, and numerous potential explosive devices, inside the home.[5]

Detectives from the Organized Crime Unit as well as Bureau of Alcohol, Tobacco, Firearms and Explosives personnel responded to assist with the investigation regarding the weapons found. Sheppard was booked into the Pima County Jail for ten counts of Sexual Exploitation of a Minor, and was subsequently released without bail under his own recognizance until the appointed court date.

Sheppard was released from prison on August 2, 2018, after a decision from the State Clemency Board.[6]

On June 5, 2021, several people posted on their Fur Affinity pages that Sheppard had died[7] from an unknown illness (reportedly Lupus) he had been battling for the last two years.[8] He was 53 years old.