Swashbuckled is a webcomic written by KingofKoF and RubyLuvCow. Although the artists vary from each update, Mastergodai was[1] the primary illustrator.

Diego Ven Flur De La Cruz was just another imprisoned pirate waiting for death until he made a deal with the unlikeliest of people. The sheltered Princess Aria Lefrange agreed to fully pardon this pirate in exchange for teaching her how to be a pirate in order to finally end the social wars plaguing her journey. Set sail with the cast of Swashbuckled as they journey across the fun packed seas! 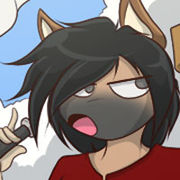 Charged with countless actual and trumped-up crimes against the kingdom, Diego Ven Flur De La Cruz was a captured pirate counting the days to his hanging in a lone dungeon. After listening to Princess Aria Lefrange’s offer, he hesitantly agreed to join her in her quest to end the social warfare. As a pirate, he is quite knowledgeable on pirating, ships, and general warfare. 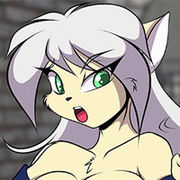 Princess Aria Lefrange was the first and only child of King Manfred Lefrange and Queen Willa Lefrange. Sheltered from the outside world, her mother and staff educated her in etiquette and her future royal duties. Unable to father any additional heirs, the King insisted that she wed one of her potential suitors so that she would not rule their kingdom alone. Her initial refusal resulted in her father smacking her. Afterwards, she turned every suitor away for failing various tests, providing her the opportunity to further her education in military strategy, law, and history. She agrees to pardon Diego if he helps her achieve her ultimate goal of ushering an era of peace between pirates and nobles. 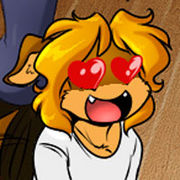 Miles reluctantly agreed to help Diego out after a falling out between the two which resulted in Diego’s original imprisonment. He has somewhat of a hidden relationship with Pirate Queen Ruby. Miles appears to serve as comedic relief as he is often seen in hilarious situations and shenanigans. 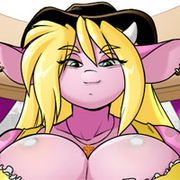 Ruby Ruby appointed herself Queen of the Pirates after she successfully lead a resistance against the navy. She has taken refuge on an island far away from the crown’s prying eyes. She has somewhat of a hidden relationship with Miles.