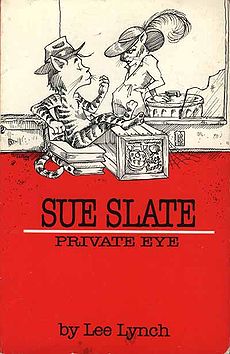 Sue Slate is not only a feline private investigator in San Francisco, she's also a lesbian -- a lesbicat. While investigating the "Case of the Kidnapped Kittens," Sue finds a human dead, which leads her to an AIDS clinic and a mystery involving new medical findings.