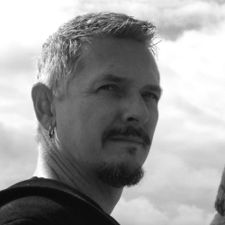 Steven R. Boyett, also known as DJ Steve Boyett (born 1960), is a writer and DJ, and the author of the novels of furry interest Ariel and The Architect of Sleep, in addition to numerous other mostly non-anthro works of fiction.

As a DJ he created the hugely popular Podrunner Podcast designed for listening during exercise, and the popular electronic dance music podcast Groovelectric.

Boyett was a guest of ConFurence 8 in 1997,[1][2] which he left immediately upon discovering what sort of convention it was,[clarify] as it had been represented to him as simply a "science fiction convention".[citation needed]

Boyett despises furries,[3] the attention he has received from them,[4] abhors being labeled a furry author,[citation needed] and although he was well into writing the sequel to "The Architect of Sleep", The Geography of Dreams, he abandoned the project, naming furries as one major reason for its cancelation.[4][5]