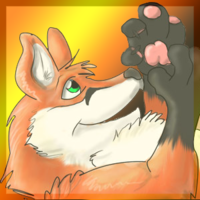 Snooper joined the online furry fandom in late 2004. Snooper starting making friends in #ozfurs on FurNet. In 2005, he travelled down to Melbourne to attend MiDFur, and to stay with his mate at the time. He intermittently posts his own music on his Fur Affinity page.

At FurDU 2013 he served as a relief audio/visual technician for Jet_Dingo, leading to his roll as a staff member for RivFur 2013's audio/visual team, where he also was a special guest[clarify] as part of "B& From Rivfur", a musical group. He re-iterated his roll as relieve AV tech for Jet at FurDU 2014, and continued on in that position until 2017. He also served a one year term in 2017 as a committee member for FurDU.

Snooper's fursona is a non-anthropomorphic fox.