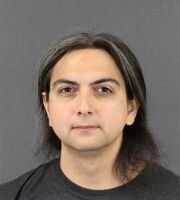 In August 2013, [2] Siskmarek pleaded guilty to two counts of attempted sexual exploitation of a minor,[2] in relation to events that occurred in 2008. She was sentenced to two life terms of probation, to be served concurrently. The conditions of her probation included a restriction from using the Internet except for approved, monitored work access. Siskmarek professes innocence and that she believed the only way to avoid spending the rest of her life in prison was to accept the plea bargain.[1][3]

From May to June 2016, Siskmarek was incarcerated for violating probation, which was according to her own advocates, "for attempting to continue her online career" as an artist offering commissions online despite the ban on Internet access mandated by the terms of her probation.[4] During a hearing on June 21, 2016, Siskmarek pleaded guilty to the charge and was issued a formal warning. She was released under supervision per her original sentence of lifetime probation.[5]

On May 15, 2017, she accepted a plea bargain[citation needed] for a charge of violating probation, this time for failing to continue required weekly therapy, which she claims she was ejected from for failing to have a fundraiser in her name shut down before it reached its $40,000 goal and closed automatically.[6] As a result, her first count of lifetime probation was commuted to a three year, six-month prison sentence, with a release date of August 10, 2019.[6] After her release, her second count of lifetime probation will resume.[6][7] She was held in the Central Arizona Correctional Facility, a private, medium-security prison.[8]

Siskmarek has numerous supporters and advocates[who?] that, after reading her story and related information, believe her claims of innocence and show their support by posting to the hashtag #SaveOurSisk across social media. Siskmarek's most prominent advocates, including her close friends and fiance, formed what they refer to as a "PR group" formerly known as Justice4Sisk and were the group behind the fundraiser that Siskmarek claims were the cause of her ejection from therapy.[6]. After the fundraiser reached its $40,000 goal and shut down, the group reorganized into SaveOurSisk and became backed by an anonymous "Social Saviors Group" that claims they "seek to spread awareness of shortcomings and outright infringements of civil rights in the American Criminal Justice System".[9] This group, as well as the original Justice4Sisk members, worked to maintain Siskmarek's online presence in wake of her restriction from the internet by posting artwork, relaying messages from Siskmarek to her friends and supporters and taking commissions in her name.

Advocates[who?] claim that the minor Siskmarek was convicted of attempting to exploit had lied about their age to participate in an adult-oriented chat room,[citation needed] and that this chat room is where Siskmarek and the minor first met, and after numerous exchanges, began to develop a romantic relationship, and added that no attempt at luring or exploiting ever took place because Siskmarek thought she was in contact with a consenting adult.[citation needed]

Advocates further claim that after learning of the minor's true age of 16 years old,[3] Siskmarek immediately ceased all contact.