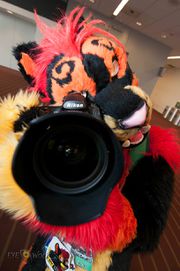 Singha behind the camera 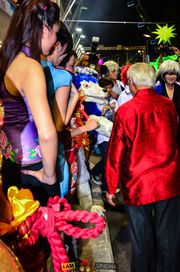 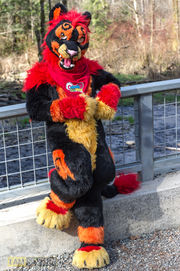 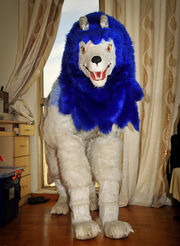 SinghaTheLion, formerly known as TigerOfTheWind (born in Singapore) is a fursuiter, photographer,[1] and organizer who lives in lives in Seattle, Washington, U.S.A.[2]

Singha was born and raised in Singapore. Singha worked towards being an animal trainer. He started out locally in Singapore with retired race horses, and progressed to dolphins in various parts of Asia. After the dolphin training, Singha moved down to the Marine Conservation Institute because he felt that, after his experience with dolphin training, the ethnics he learned did not please him.

At first, his fandom was not furry, but instead the inflatable fandom, which was his was his gateway to the furry fandom in 2009. Not only was this an opportunity for Singha to meet new people with similar interests, but furries in general were great subjects for his photography. It was in 2013 that Singha Photography was born.

At Chingay 2012, Singha was able to meet the President of Singapore, Tony Tan Keng Yam, in fursuit as Tiger/Rygar.

Singha is involved in the Emerald City Critters[1], a non-profit furry mascot organization that works with charities; the founder of which is Kijani, the first person Singha met when he moved to America.

Singha was an active participant in the Singapore Furs, taking on the role of organizer. He is a vice-chair of Singaporean convention Little Island Furcon.

Singha has multiple fursuits that he wears to different conventions:

Prior to being a furry photographer, Singha was part of the production of Walking with Dinosaurs as a backstage photographer and documentarian.

Singha's photography career also enabled him to be the photographer for King County's K-9 Search & Rescue.