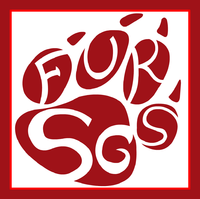 Singapore Furs is a community of furries in Singapore, an island nation of just 710.2 sq km (274.2 sq mi). The group was founded around December 2004, although the community has informal roots before the period. The community keeps in touch with its regional neighbours as a branch of AnthroAsia as well as furry conventions within the South East and East Asian regions, serving as a convenient furry regional hub. As of 2015, the SGFurs is headed by a committee of 5 group admins.

Apart from Facebook, the Singapore Furs community can be found on Fur Affinity, Google+ and Twitter. A historical archive of events can also be seen on LiveJournal.

Furmeets are organised on an ad hoc basis due to the easy travel within the country. On average, attendance on larger events are approximately fifty per meet.

The SGFurs Community have an annual chalet meet, which started in 2010, to provide space that caters to the varied interests within the community, and provide a platform for members to contribute their time and talent.

Other examples of local meets include fursuiting during local cosplay events and playing board games. Smaller local meets situated in downtown Singapore usually happen over food, and usually end of the night with plenty of walking.

Furmeets also happen when the SGFurs play host to visiting furs from overseas. Furmeets of this nature may involve touring around the city-state, or having a meal over the wide variety of local food. To date, the SGFurs have hosted furs from USA, UK, Canada, Australia, Norway, Germany, UAE, South Africa, Japan, Hong Kong and other ASEAN countries.

Unlike furmeets in Western countries, fursuiting during meets held in public locations are rare due to the complex logistics. Furthermore, the tropical nature of Singapore makes it extremely challenging for fursuiters to suit at length, restricting their activities to mainly indoor air-conditioned spaces. The later would also requires consent of mall management which are difficult to obtain. 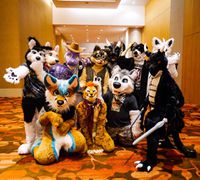 As of August 2015, the Singapore Furs community leaders comprise of the following members:

In December 2011, the first ever furry census was conducted to the furry population of Singapore. With the hopes of providing data to help better understand the breakdown of the local furry population. Basic statistics were gathered, such as birthdays, species, gender, as well as additional information, such as creative interests, location of residence, and even relationship status. The survey was distributed electronically via the SGFurs Facebook page and the SGFurs FurAffinity page.

A total of 37 responses were recorded.

All information is correct as of February 2012.

Artists make up 43% of the local community talent, followed by Writers at 19%. Fursuiters and Photographers/Videographers have an equal share of 16% each.

The second Singapore furry census was conducted from December 2012 to March 2013.

All information is correct as of April 2013.

The mean age of the local furry population remains at 21. However, the median age has dropped to 19.
94% of the local furry population is Male.
Students still make up the majority of the population, accounting for 68% for current furry professions. 21% are Working, 13% in Military Conscription, and 1% reporting as neither studying nor working professionally.
FurAffinity and Facebook remains the most popular furry site and the most preferred choice for social networking.