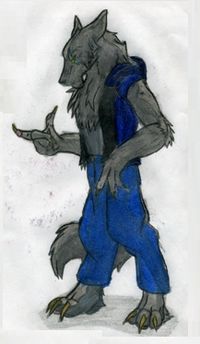 Shadow has acknowledged and been calling himself a furry since mid-to-late 2003, although his fursona (a grey wolf) was not created and developed until August 31st, 2004.

By June 2005, Shadow's fursona had been created as a fursuit by Joecifur of B3 Productions. As of November, 2007, the only furcon he has attended is Rocky Mountain Fur Con 2007.

Shadow is a regular user of the AnthroChat IRC network under the nickname(s) Shadow and Daemeon (a folf character).