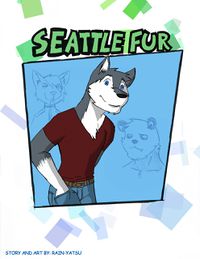 Set in present day Seattle, Washington, the comic chronicles the protagonist Rainier (aka Rain) as he deals with the relationships between him and his friends. The style of the comic fluctuates as the artist changes media and experiments with different art styles. Launched on October 3, 2012, the comic updates on an irregular basis. As of August 29, 2013, there have been 26 pages added to the main story arch, 5 pages of a prequel involving Rain's best friend Garret, 2 pages of non-cannon sexual scenes, and one filler page featuring Rain's father.

Rain, Garret, and Tim have always been good friends, but Garret and Tim have feelings for Rain that he cannot return due to his heterosexuality and faithfulness to his rambunctious girlfriend, Nora. While Rain always knew of his friends' feelings towards him, he has managed to avoid the subject on a serious level. An internal conflict within Rain makes it difficult for him to figure out how he should go about handling the situation.

When Rain meets a friendly bear named Rick at his regular hang out coffee shop, they discuss his predicament, motivating Rain to take a more serious approach to his friends' admiration.