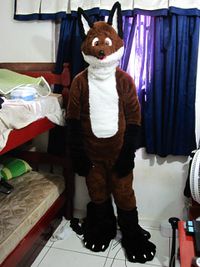 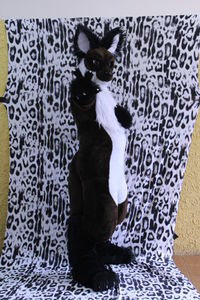 Sckhar considers himself to have been "furry" all his life, though he did not learn of the term until he was twelve years old.[2]

Sckhar became a fursuiter when he had his fursuit built by Zutharr SuiTiger.[3] By the end of 2013, he acquired a second fursuit from Brazilian builder Coby Wong.

He is one of the founders of the Brazilian event known as Invasão Furry.