Sarah discovers the truth behind furries 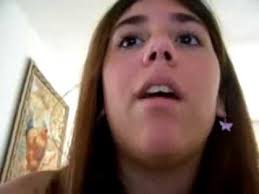 Sarah discovers the truth behind furries is a (hoax) video, made by Youtube user Sarah Jesson (Sarah Jensen?),[clarify] suposedly critical of the furry fandom and furries in general. The video made many references to the Vanity Fair article about the fandom.

The video features Jesson talking about several pictures she has allegedly found on the internet. The pictures are several pieces that ran in the Vanity Fair article about the furry fandom.

Jesson appears distressed about her finds and proceeds to freak out over the pictures using the term "fagottry" to describe them. She compares the furry fandom to Anime fandom and cosplay saying that "these are lame as well but not as much as the furries".

She then informs the viewer that furries hang out in woods to "find berries and stuff like that and live there and dig holes". She then ends the video saying she feels like committing suicide over her findings and "not wanting to be part of the human race anymore".

She later revealed[citation needed] that the whole set up was a joke/hoax/parody,[clarify] that it was all done for fun, and admits using a fake Valley Girl accent for it.[citation needed]

The video was first uploaded on Youtube on an unknown date (the original video has been removed) and caught a lot of attention from both furries and their detractors.[citation needed]

A spoof answer video called Furries in action! was later created in response to her video and posted on Google video.[citation needed].