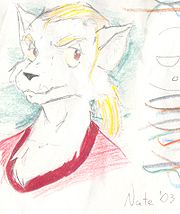 Renaux Felrnn (born 1985) is a male white Wolf who has been in the furry fandom since 1999. He has been to numerous conventions and obtained a fursuit in 2006.

Renaux graduated from Worcester Polytechnic Institute with a computer science major and a minor in writing and rhetoric with High Distinction. As of November 2012, he is residing with his mate in Norwood, MA.

Renaux is current working as a Software Engineer, in kernel development. Renaux aspires to eventually become an author on top of holding a respectable management job in the computer field. He has started to post stories to Yiffstar and Fur Affinity under the username Renaux.

Renaux is mated with Nevar Felrnn, a male white Lion. 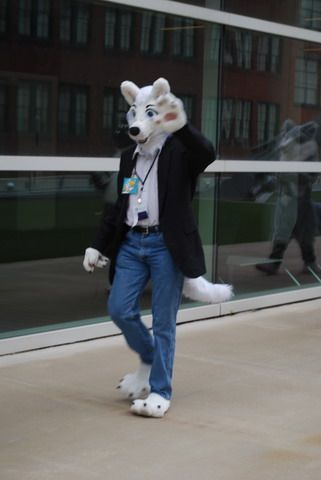