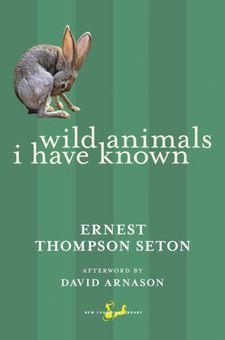 Raggylug, subtitled The Story of a Cottontail Rabbit, is a short story by Ernest Thompson Seton, from his first collection, Wild Animals I Have Known (1898). It was reprinted the following year in Lobo, Rag, and Vixen.

The title character is three weeks old at the beginning of the story, and a grown rabbit with a family of his own at the end. His name "was given him from his torn and ragged ear, a life-mark that he got in his first adventure." The author writes that "though in telling this story I freely translate from rabbit into English, I repeat nothing that they did not say."