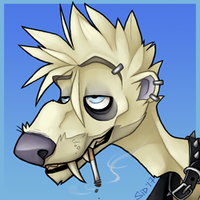 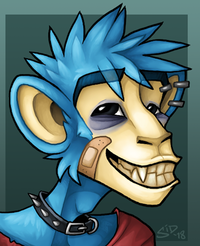 Sidney is a heterosexual male with a strong preference for chubbier women as this is depicted in his art frequently. He is a submissive masochist, and is known to depict this in a tame and cartoonish manner in his artwork.

Sid is the creator, owner, and head artist of Clockwork London Critters, an avatar creation group on Second Life.

In the past few years this artist has been inactive, but since late 2017, early 2018 he has been posting again with a set of new characters, focusing on a goth elk named Rasmus.