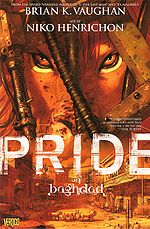 Cover of Pride of Baghdad. 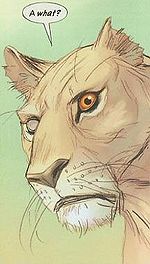 Pride of Baghdad is a graphic novel based on a true story of four non-anthropomorphic lions who escaped from the Baghdad zoo during the Iraq War.

Written by Brian K. Vaughn and illustrated by Niko Henrichon, it was released in September 2006. As it contains mature elements such as rape and violence as well as political undertones despite featuring an all-animal cast, it has been compared to a combination of The Lion King and Watership Down.