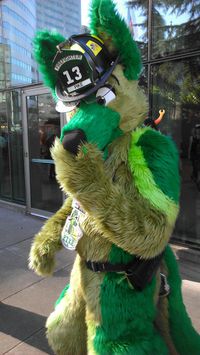 Photo of Pike at Sakura-Con in Seattle, WA

Pike or NotPike is just some green dog who pokes computers, radios, and other blinky electronic stuffs...

Residing out of Reno NV, he works as a wildland firefighter. Married to Madlen.