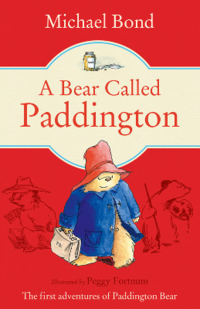 Paddington Bear is a fictional anthropomorphic bear character created by the English author Michael Bond. First appearing in Bond's 1958 book A Bear Called Paddington, Paddington Bear has since been included in over 20 more books.

In 2014, StudioCanal released a movie adaption based on Paddington Bear named Paddington. A sequel to the movie, Paddington 2 was released in November 2017.

Paddington Bear and the furry fandom[edit]

In 2016, Surelock (a company representing StudioCanal) requested the removal of all images containing Paddington Bear from Fur Affinity and e621.[1] This included all artwork of the character, adult or otherwise, drawings of characters wearing clothing similar to the character, drawings in which the word "Paddington" was used but were otherwise unrelated to the character, and photographs of real people standing in front of promotional posters for the Paddington film.[2] The company also sent a DMCA to Twitter regarding a tweet made by Evil Sibe.[3]