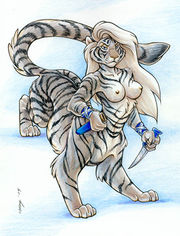 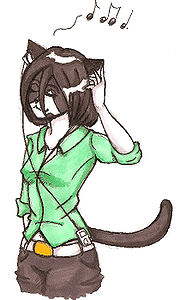 Despoena, a housecat, a type of Felidae.

Non-extinct felids belong to one of two subfamilies:

The most familiar felid is the domestic cat (Felis silvestris catus).

Felids are the strictest carnivores of the 13 terrestrial families in the order Carnivora. They are obligate carnivores (or hypercarnivores), as they must consume meat to survive because of the much higher proportion of protein they require in their diet, much more than most other mammals.

Felines are one of the most popular species that are chosen by furries.