From WikiFur, the furry encyclopedia.
Jump to: navigation, search
Culture > Fiction works > Comics > Not Big and Not Clever 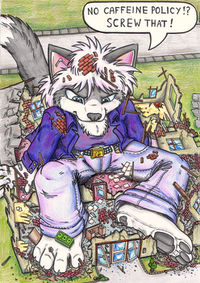