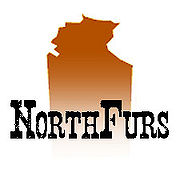 NorthFurs are the furs that currently live in Darwin, Northern Territory, Australia.

Current members include Mike Fox, Dimruthien VerenLaulaja, Ferret and Vamero Sana. The group has come to include more than 12 members and continues to grow.

They first officially came together in July of 2004 for the Darwin Agricultural Show, when the official furry community consisted of only Mike, Dimruthien and Kaijou.

There is talk of starting a regular weekly or fortnight coffee meet, not dissimilar to the popular Coffee Night of the Brisbane Furs.